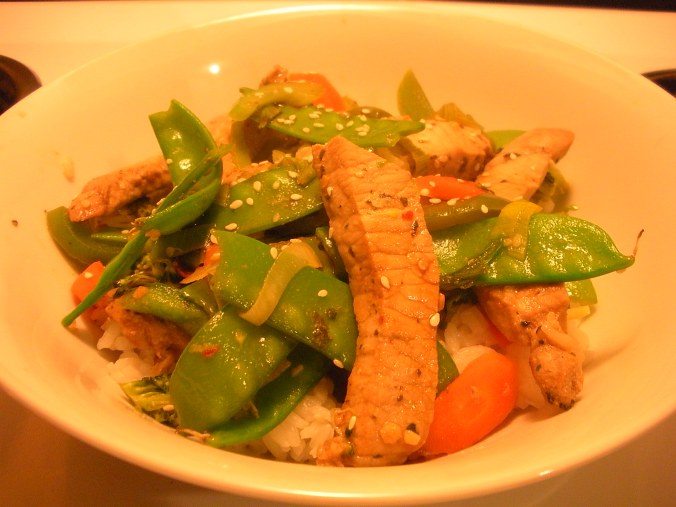 I had bought a pound of thin cut pork chops with no idea how to cook them.  After about 20 minutes of pondering, I thought pork schnitzel or stir fry?  Since I have a bag of snow peas that may croak in a few days, I decided on the stir fry.  It came out quite good.  I highly recommend the marinade for any pork or chicken stir fry.

– Mix everything together and add to a baggie or covered container of 1 lb sliced boneless pork strips.  Give it a good shake and refrigerate for at least an hour.  If you open the fridge often, shake it up again! 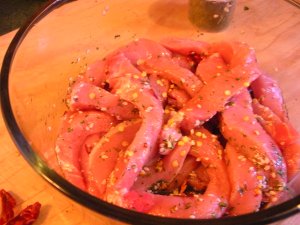 For my stir fry, I chopped up a lot of what I had in the fridge.  Obviously, things can be added or taken out depending on your fridge contents.  I used: 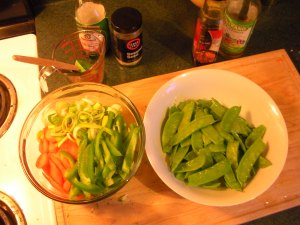 -Heat a large skillet over medium heat for a few minutes.  Add the pork (and all of the juices) and cook for approximately 5-7 minutes.  Try to just barely under-cook it.  It will be added back to the pan later.

-Remove the pork and liquid and set aside.  Add a splash of sesame oil and throw in the garlic.  Let the pan heat up again.  Add the celery, carrots, broccoli, and onion.  Stir fry for approximately 3-5 minutes or until the broccoli starts to green up and the onions look a little softer. 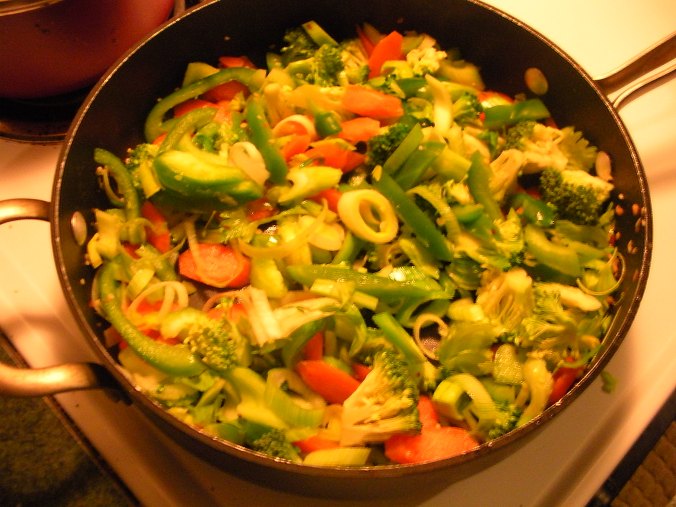 Add the snow peas, pork, and liquid to the pan and fry for another 3 minutes. 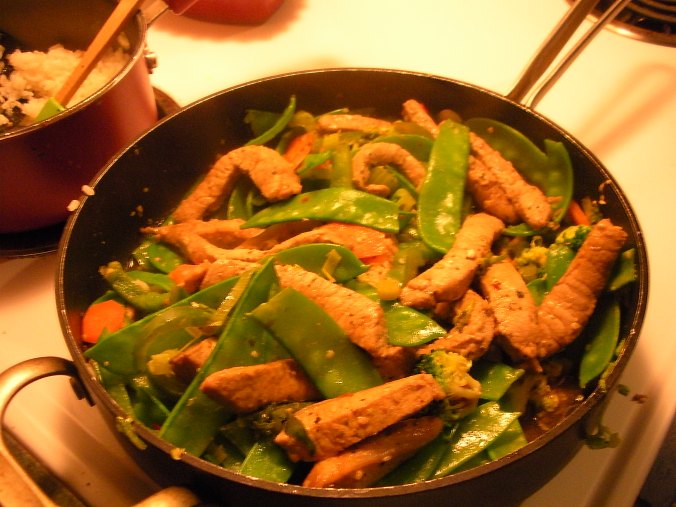 -Serve over a bed of white rice.  Top with some sesame seeds and a dash of soy sauce.  And Eat Well!