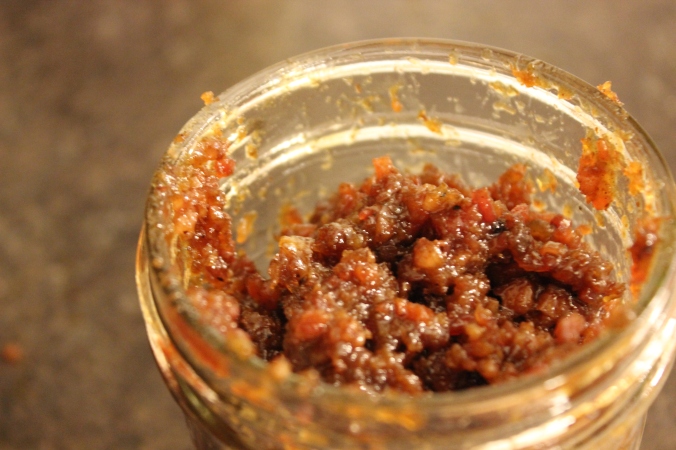 Ty subscribed me to Martha’s ‘Living’ for my birthday last year – a magazine I am only slightly addicted to. He flipped open a random page to see a recipe for ‘Bacon Jam’, slammed the magazine on the table with his finger on the page and declared “YOU are making this for Thanksgiving.” (Emphasis on the YOU).

What turned out to be a surprisingly easy recipe was a hit! Served with some toasted bread and a slice of nicely aged cheddar, not much was left in the jar at the end of the evening. 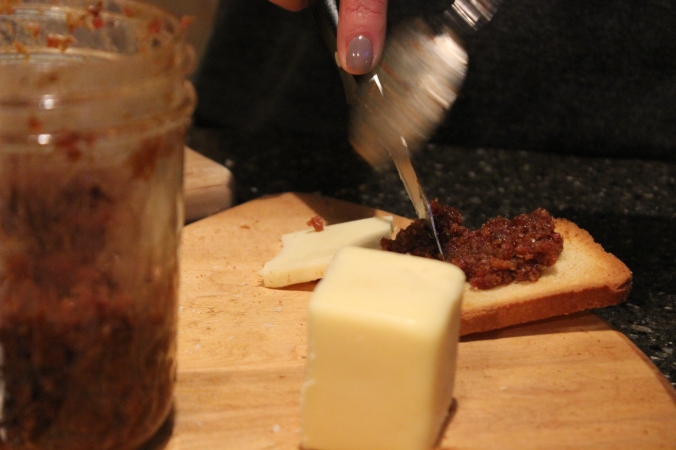 1. Slice bacon crosswise into 1-inch pieces. Cook in a deep skillet or large pan over medium heat until browned. Work in batches. Remove fat from pan between each batch. Retain one tablespoon of bacon fat and do not scrape all the brown bits at the bottom of the pan. Drain bacon on paper towels.

2. To the pan with 1 tablespoon bacon fat. Add shallots and garlic. Saute until soft and translucent – approximately 5 minutes. To the shallots, add chili powder, mustard, and ginger. Saute for a few additional minutes.

3. Add bourbon and maple syrup to the mixture. Increase heat to high and stir until boiling. Add sherry, brown sugar, and bacon and return to a boil. Reduce heat to low and let the mixture simmer until well-thickened and reduced – about 10 minutes. 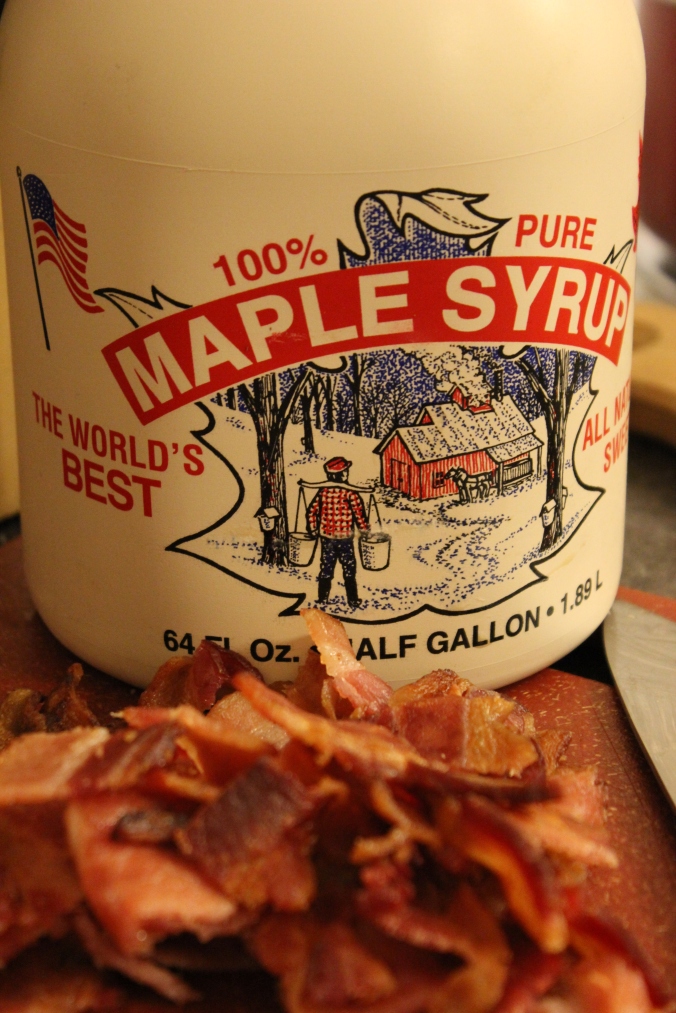 4. When reduced, transfer jam to a food processor and pulse a few times to break up to the bacon into small pieces. Toss in a jar and refrigerate for up to 4 weeks. Serve at room temp with a toasted baguette and aged cheddar cheese. 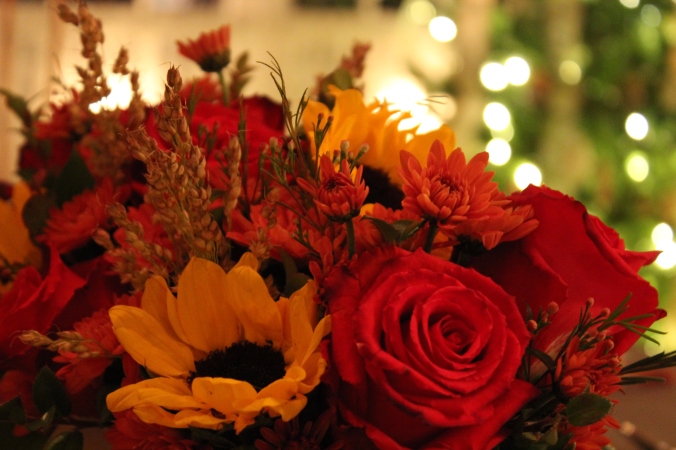 So much to be thankful for this year….